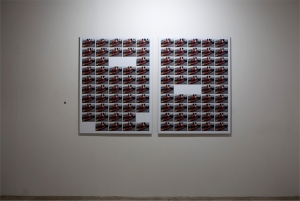 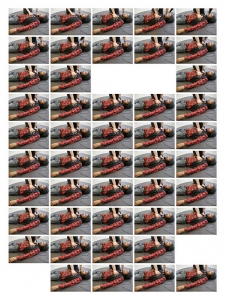 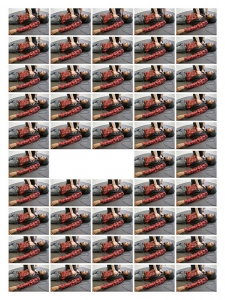 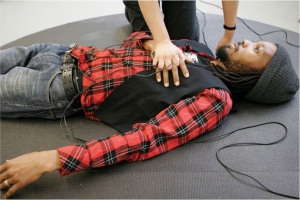 In Taking 100 Beats Per One Minute, a C.P.R. demonstration is translated into the process of taking a photo sequence with an altered digital camera shutter placed between one person’s hand on the chest and another’s pushing hands. The action between the two people is done at the rate of 100 compressions per one minute, which is a new guideline of C.P.R. issued in the United States in 2008. This new guideline was made to increase the chances of survival in response to the bystander’s unwillingness to do the traditional CPR method of 30 chest compressions and two breaths. While the photos are taken by the new CPR guideline, the arrangements of the photos are done with reference to the traditional guidelines - this produces two empty spots. These spaces imply the absent breaths, while simultaneously deconstructing the grid. The subject behind the camera is now brought to center stage, and through the juxtaposition of taking a picture with the action of saving a life.